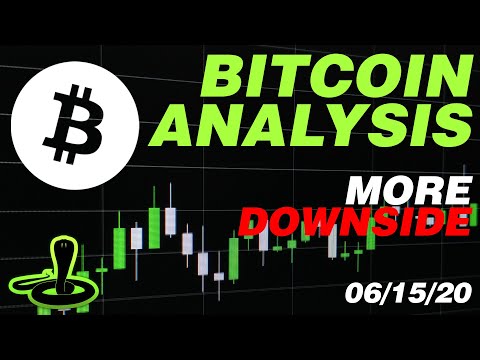 05-APR-2019 Cryptocurrency (Elliott Wave): Bull Market…?
https://bitcointalk.org/index.php?topic=5128394.msg50467456#msg50467456
20-APR-2019 Cryptocurrency (Elliott Wave): Easter Update
https://bitcointalk.org/index.php?topic=5128394.msg50681435#msg50681435
12-MAY-2019 Cryptocurrency (Elliott Wave): Sell In May And Go Away?
https://bitcointalk.org/index.php?topic=5128394.msg51017295#msg51017295
17-JUN-2019 Cryptocurrency (Elliott Wave): Solstice Update
https://bitcointalk.org/index.php?topic=5128394.msg51505513#msg51505513
28-JUL-2019 Cryptocurrency (Elliott Wave): Inflection Point
https://bitcointalk.org/index.php?topic=5128394.msg51975328#msg51975328
26-OCT-2019 Cryptocurrency (Elliott Wave): Trick or Treat…?
https://bitcointalk.org/index.php?topic=5128394.msg52880531#msg52880531
24-NOV-2019 Cryptocurrency (Elliott Wave): Thanksgiving Update
https://bitcointalk.org/index.php?topic=5128394.msg53171045#msg53171045
24-DEC-2019 Cryptocurrency (Elliott Wave): Christmas Update
https://bitcointalk.org/index.php?topic=5128394.msg53430396#msg53430396
 From an Elliott Wave perspective, two scenarios are under consideration at this inflection point: a continuing Bull Scenario or a Bear Scenario.
In either scenario, the Elliott Wave model proposes a five wave structure, consisting of: three advancing bull market waves, interwoven with two declining bear market waves. Overlaying this model onto Bitcoin suggests:
—BLX: https://i.imgur.com/iGXd6tX.png
The five aforementioned have been considered as PRIMARY degree waves —such waves elapse the course of a few months to a couple of years. Each PRIMARY degree wave is constituted of five INTERMEDIATE degree waves; and in turn, so forth into smaller degree fractals.
The Bull Scenario suggests Wave-5 is still underway, with subdividing and extending waves headed for new all-time highs.
The Bear Scenario suggests Wave-5 completed at the 26-JUN-2019 high as a truncated fifth wave failure, and a bear market is underway.
 Bull Scenario
The bullish scenario suggests a continuing bull market is underway. PRIMARY[5] wave started from the 06-FEB-2019 low, and has completed its first parabolic uptrend labelled as INTERMEDIATE(1) wave at the 26-JUN-2019 high.
—BTC: https://i.imgur.com/KYg0V4j.png
INTERMEDIATE(2) wave pullback started at the 26-JUN-2019 high, and retraced an almost Fibonacci 61.8% thus far of the 2019 bull market, into the 23-OCT-2019 low.
This 4-month decline had initially appeared to have completed an INTERMEDIATE(2) wave pullback when the market suddenly spiked and surged over 40% within a day —attributed to news of Chinese leader Xi Jinping reportedly stating China should “seize the opportunity” offered by blockchain. The surge was the third largest 24-hour price gain in Bitcoin's history.
However, since the spike high on 26-OCT-2019, the market has steadily sold-off and now returned back to the 23-OCT-2019 low; and hence, erasing the entire late OCT surge. The surge is now being considered as a B-wave as part of an ongoing INTERMEDIATE(2) wave pullback. In hindsight, it ought to have been obvious this Thanksgiving Turkey isn’t cooked yet:
“B waves are phonies. They are sucker plays, bull traps, speculators' paradise, orgies of odd-lotter mentality or expressions of dumb institutional complacency (or both). They often involve a focus on a narrow list of stocks, are often ‘unconfirmed’ by other averages, are rarely technically strong, and are virtually always doomed to complete retracement by wave C. If the analyst can easily say to himself, ‘There is something wrong with this market,’ chances are it's a B wave.” —Elliott Wave Principle Key to Market Behavior; A.J. Frost, Robert Prechter.
From the B-wave high set on 26-OCT-2019, C-wave of INTERMEDIATE(2) wave pullback has been underway and is expected to conclude at the following Fibonacci support zones, using BITSTAMP:
In addition to the aforementioned support zones, the following additional midway Fibonacci zones can be sought as support for this current INTERMEDIATE(2) decline, using BITSTAMP:
Summary of support zones, using BITSTAMP: 7230, 7055, 6280, 5425, 5170, 4350
At time of writing, price is currently meandering between the first two aforementioned support levels.
Once INTERMEDIATE(2) wave pullback has completed, a rising INTERMEDIATE(3) is expected to commence to resume the bull market. Such a wave is expected to unfold parabolically in nature, and at a minimum, meet or exceed the PRIMARY[3] high set on 17-DEC-2017. In both price and time, this wave is expected to be the longest of the PRIMARY[5] bull market.
Where the PRIMARY[5] bull market ends is open to interpretation and speculation.
From an Elliott Wave perspective: A common wave relationship guides the price of the fifth wave to be equal to; or extend a Fibonacci 1.618 or 2.618 times; the length from the low of the first wave through to the high of third wave; projected from the low of the fourth wave. This provides a conservative target of the current bull market to conclude between $22,912 or $35,127 or $54,892, calculated using the BraveNewCoin (BLX) index:
—BLX: https://i.imgur.com/Mz3IHcD.png
As and when the waves develop and progress, and in the event of subdividing and extending waves, revised price targets shall be calculated with renewed projections.
 Bear Scenario
The bear market scenario suggests the 2019 bull market was a short-lived affair, and PRIMARY[5] terminated as a failed-fifth truncated wave.
PRIMARY[5] started from the 15-DEC-2018 low and completed at the 26-JUN-2019 high. A Fibonacci 88.6% retracement of this uptrend is at 4350 BITSTAMP —a decline to this point ought to signal the goose is cooked and market has favoured to deflate.
—BTC: https://i.imgur.com/OZjUq7g.png
In this scenario, five completed PRIMARY degree waves have completed a CYCLE I wave structure. And now, a CYCLE II wave bear market pullback is underway and headed to break below the 2018 low.
—BLX: https://i.imgur.com/fzmPfhy.png
The wider cryptocurrency market in terms of the Altcoins currently appear to support the outlook of a bear market. So far in 2019, the price structure of majority Altcoins has seemingly unfolded in corrective A-B-C advancing waves, instead of impulsive 1-2-3-4-5 waves. This suggests the majority of Altcoins may be set to break their respective 2018 lows unless an intervention can be coordinated…
—ETH: https://i.imgur.com/AwmCpAh.png
 Analysis is purely speculative, and projections are indicative of price & structure, not time. Happy Thanksgiving!
 UPDATES: https://bitcointalk.org/index.php?topic=5128394.msg53197756#msg53197756

(NB: typos mine; crappy OCR software. If anyone wants to see the Eliott Wave he's discussing and I'll make it available.)
 Bitcoin Bubble or Bitcoin Breakthrough? How about both?
by Elliott Prechter
December 20, 2013 in the Elliott Wave Theorist
EWT discussed Bitcoin for the first time in August 2010, when the currency traded at six cents. As far as we know, EWI was the first financial publisher to discuss it. Bitcoin was unknown to the general public and off private investors’ radar. Even the earliest adopters did not take it as seriously as they should have. The most notable example of this is the man who paid 10,000 BTC for a pizza. This pizza purchase is now famous (https://bitcointalk.org/index.php?topic=l37.0), and many continue to track its price in USD terms via the “Bitcoin Pizza Index," which recently hit an all-time high of over S12 million.
Fast forward to today, and the currency is regularly featured in financial news and social media. Bitcoin Magazine has become popular, Congress is holding hearings on the currency, Germany has defined its role in finance, China is ruling on its legality, and the business world is adopting it. The most prominent business to embrace Bitcoin is Virgin Galactic, one of the many creations of billionaire Richard Branson (http://www.cnbc.com/id/101220710).
EWT readers were prepared for all this. When Bitcoin was still in the shadows, the August 2012 issue said,


Presuming bitcoin succeeds as the world’s best currency-and I believe it will-it should rise many more multiples in value over the years. -EWT, August 2012

Elliott Prechter, Head of Computer Analysis at Elliott Wave International, recommended bitcoin to subscribers when it was at 6 cents. If you were lucky to get in on bitcoin then, you might be sitting on a gain of more than 200,000 times. The day before, Elliott Prechter, Head of Computer Analysis at Elliott Wave International, told Newsmax this: Elliott Prechter: I Wouldn't Touch Bitcoin, Risk of Collapse Too Big. Thursday, 21 Dec 2017 10:38 AM "We provided the first financial publication in the world that discussed bitcoin when it traded at 6 cents in 2010. Meet the world's largest group of independent market analysts. We analyze and forecast financial markets all over the world. We have observed that outside events such as the economy and politics -- where most people focus -- are useless in forecasting stock prices. We analyze internal market behavior, because it telegraphs future trends. You can access services for casual investors all the way Home Bitcoin Trading Vlog 43 – Interviewing Bob Prechter of Elliott Wave International Vlog 43 – Interviewing Bob Prechter of Elliott Wave International May 5, 2019 admin Bitcoin Trading 21 [ July 16, 2020 ] First Mover: ‘Boring’ Bitcoin Shrugs Off Twitter Hack as Stablecoins Co-Opt Satoshi’s Dream Crypto News Search for: Home Basics Of Bitcoin Bitcoin: From Bullish to Bearish – Elliott Prechter & Pete Kendall (Oct 2018)

Robert Prechter is a genius way ahead of his time. Prechter took an old discarded theory, by R N Elliott, saw it for it brilliance, and extrapolated from it The Socionomic Theory of Finance. FREE COPY of Elliott-Wave Principal by Frost & Prechter https://bit.ly/kobratrading 30 Days FREE with Private Internet Access (VPN) https://bit.ly/36No80W Robert Prechter's Latest Elliott Wave Theorist: Triangles Past and Present in the Dow Industrials 4,738 views 1 year ago You can recognize the triangle pattern literally at a glance. Thanks for watching! please make sure to SUBSCRIBE and LIKE these videos If you think this was helpful! Trade with me on Bybit - https://www.bybit.com/app/re... Elliott wave analysis on Bitcoin prices suggest the cryptocurrency may be ripe for its biggest correction in the past several weeks. First, Bitcoin prices have respected this daily price channel ...