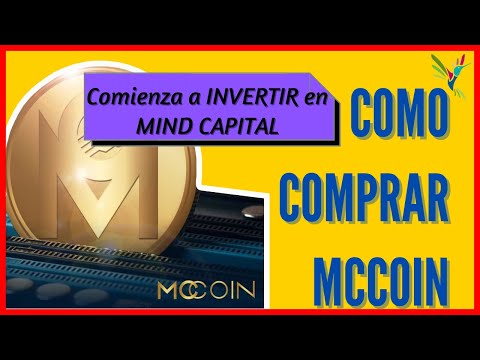 Hello reddit! My name is LinkToU, and i’ve been commissioned by u/justgord to share some of my freelancing experience, living in Venezuela. It might not be much, but hopefully it'll help some people get started.
I’ve seen countless numbers of posts here in this subreddit, asking for advice on how to get started, and what are the best ways to receive money, so those are topics i’ll be touching upon in this guide.
As the title says, this is a guide that requires NO programming skills, this is meant to be a guide towards beginners, and people that are having a rough time, like i was, two and a half years ago, before getting into this.

First of all, i recommend reading this guide through google docs, because i'm not too familiar with reddit's formatting, and i think this version just looks better: https://docs.google.com/document/d/1DotVUAtEAUXfgTAhDZtmylTzA4nImhoAGZCI-8XdKtM/edit?usp=sharing
Spanish version: https://docs.google.com/document/d/13DNEyyF7F-fXjpA1AplGqQjVh0H_LWd0cCjoKdZzQm4/edit?usp=sharing


Now, without further ado, let’s dive right into this.

What type of work can you expect to find?
There are actually a few types of jobs that you can easily find without any specific skill, for example, translations, lead generation, data entry, transcriptions, writing articles, and even being a virtual assistant. This list could go on and on, but i’ll just give you a couple websites where you can find these types of work, and you can go figure out what’s best for you.

Where to find work?
Most of the freelance work i've done it's been through two major websites, so i'll talk a little bit about them and about my experience with each.

Spare5 (https://app.spare5.com/) is the crowdworking website that got me into this, . This is basically a crowdworking website where you’ll be reviewing different images, annotating and drawing different polygons to help train AI to identify everyday objects.
Getting started in this page is the hardest part, but i’d say it’s just as hard as it was back in 2017 when i started.
You’ll first have to complete every tutorial, then move on to the qualifiers and onto paid tasks (be sure that you understand every task before diving into them, because if you don’t perform well on your paid tasks, they’ll be taken away from you, and you might even get permanently banned).
The minimum payment is $1, and the payment method that they use is PayPal, you don’t need to have a verified Paypal account, and you WILL NOT get your account limited by just receiving money from this page.
Like i said, the hardest part of this page is to get started, as tasks will be scarce, so try not to make any mistakes, and do every task as best as you can, this will guarantee that they give you even more tasks, and eventually, you’ll be assigned permanent tasks, and your dashboard will look something like this: https://imgur.com/a/TSUASME , as you notice, the payment for each task is really low but don’t get discouraged, you’ll want to find one that is easy to do, and that you can memorize the instructions, i’ve made up to $20 in just a couple of hours, out of easy tasks that paid 0.2c each. Of course, you’ll need practice, Practice makes perfect.
I have NOT been working on this page lately, because the payment per tasks has been diminished, and tasks only get more and more complicated to complete.

Next, is Reddit, more specifically, the subreddit where i’ve found most of my freelancing jobs, is /slavelabour , where people post any kind of job that they need done (Seriously, any, i’ve seen many kinds of crazy stuff going on there), along with a payment offer, and usually a method.
This one is pretty good, since you can find different kinds of work based on your skills, i’ve mostly done data entry types of jobs there, but there are many others easy for beginners, you just have to keep an eye out for when any potential job gets posted.
Other similar subreddits that i frequent, but aren’t as active as /slavelabour are: /Jobs4Bitcoins/ , /WorkOnline/ /ForHire/ Follow the same advice that i will give for /slavelabour , as these work similarly.

Those are the main two websites where i've worked at for the past two years, there are some others that i know of, but since i haven't used them, i don't know how they work.


Now, let's talk a little bit about payment methods, and what are some good options for receiving your money once you've got yourself some gigs.

Payment methods:
Now that you know what are some good places to get started, let's talk about what's the best place to receive your payments, and keep your money safe. I’ll take about the few methods that i’ve used myself, such as PayPal, Uphold, AirTM, and most recently, Cryptos.

Where to receive your payments?


Uphold is another cloud based financial services platform, similar to PayPal, and with similar fees. The good thing about this platform, is that you can exchange your funds from USD to Crypto, and many other currencies, at the cost of a relatively small fee.
I haven’t used this method too much myself, as i used this mainly for it’s Virtual Credit Card feature, which is temporarily not available.

AirTM is an e-wallet where you can keep your money, and exchange it to other currency, or buy USD with your local money, all in the same platform.
Out of all the options i'm going to list for payment methods, this is my least favorite, as the fees are incredibly high, and in my opinion, what this website provides isn't worth it.
I haven’t had much experience with AirTM, as the fees are ridiculous, but i’ve used it and i’ll share my experiences.

Finally, Cryptocurrencies, i’ve only started using this method recently, and i can already say, this is my favorite so far, and the method i’ll mainly use from now onwards, as this has proven to be really easy to set up, and in my opinion, the best option for receiving payments, as you’ll pay minimum fees for your transactions, keep your identity safe, and the exchange rate to Venezuela’s currency is really good.
I’d say there is no downside to receiving your payments here, as even if you were worried by the Crypto’s price dropping, you could easily use a third party website to exchange your Crypto, to USD in any other platform you’d like.
The cryptocurrencies that i’ve used are Bitcoin Cash (BCH), Bitcoin (BTC) and Ethereum (ETH), all of the transactions that i’ve done haven’t taken longer than 30 minutes, with the exception of using SideshiftAI to exchange my BCH into BTC, which took about an hour. Setting up a wallet for these is rather easy, however here’s a quick guide for BTC and BCH. https://bitcoin.org/en/getting-started .
Also, another point in Crypto’s favor, is that some stores have begun accepting cryptos as a payment method, there’s an app in the Google Play Store named “CryptoLugaresVE” With a list of places accepting crypto as a payment method.

Finally, i’ll talk a little bit about the couple websites that you can use to safely exchange money from USD, to Venezuela’s currency. Other than these, you’d have to find someone of your trust to exchange your currency.

Where to safely exchange your earnings to Venezuela’s currency?

That’s it for now, I’ll probably update the guide as i learn more and try out new stuff, as well as with your feedback. I just want to thank u/justgord for giving me the opportunity to share all of this with you guys!

How To Exchange/SWAP Bitcoin on Blockchain.com